Is Google Maps The Next Great Social Network For Australian Businesses?

Google launched its Google Maps web mapping service in February 2005. The service stood out as innovative for the times, providing users with detailed satellite overviews of countries, cities, and streets. It provides a “bird’s eye” or “top-down” view of an area using satellite imagery as well as aerial photography taken from between 240 and 460 meters. Images used in Google Maps are no more than three years old, with frequent updates performed. 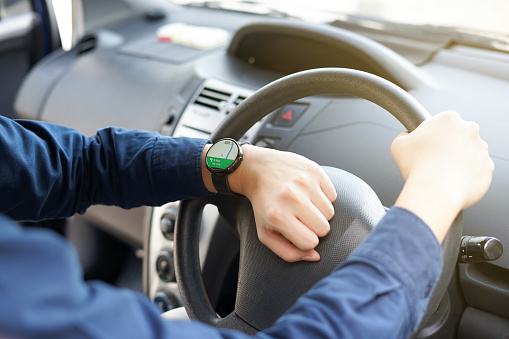 The core functions of the program includes an API (application program interface, a set of building blocks used by programmers to create a program such as Google Maps) that allows maps to be placed on external websites (such as those of an Australian business) and a locator service for companies to provide information, including URL (uniform resource locator – web address).

Interestingly the initial program for Google Maps was developed by a pair of Danish brothers, Lars and Jens Eilstrup Rasmussen and their company Where 2 Technologies. Where 2 Technologies was a start-up mapping related business that is based in Sydney. The company’s mapping technology, which became the engine for maps, was acquired by Google in October 2004.

Google Maps as a Social Network

Social networks, such as the popular ones like Facebook and Twitter, and business-oriented networks like LinkedIn, provide a perfect avenue for facilitating communication locally, regionally, nationally, and globally. The ability to cross borders in a seamless matter allows businesses a way to broaden their appeal, gain additional market share, and extend boundaries for their products and services.

The thought of a mapping service as a social network entity is not as far off an idea as you may think as your business’s IT thought leader. More than half of smartphone users (either iOS or Android) have used Google Maps and its companion service Google Earth. This makes the service one of the most widely used apps by mobile users and a further indication that its use as a social networking medium should be strongly considered by businesses.

Add also Google’s Local Guides service and businesses can use the functionality of maps to post information about just about anything and everything that there is to know about the company. The service provides a real-time (or near real-time) way to interact with maps users, post searchable links, and provide users with valuable information about your business, products and services.

Consider these metrics when deciding if the use of Google Maps is an appropriate consideration for you doing business in Australia. Facebook is the most extensive social network used by Australians. It is reported that more than 60 percent of the population are active Facebook users and that more than half of the country’s population logs into the platform at least once in a day. Based on information from the Australian Bureau of Statistics, this number of active users represents a population of about 25 million.

Other platforms popular in the country (based on monthly active or unique users) include YouTube, the video sharing platform, with an estimated 15 million monthly active users and Instagram, the photo-sharing platform, with also an estimated 15 million unique users. These numbers are good signs for those businesses engaged primarily in delivering their goods on a business-to-consumer (B2C) basis. For business-to-business (B2B) providers, there are approximately 4.5 million monthly active Australian users.

Using Google Maps as a social network tool should receive strong consideration by businesses across Australia. The tool’s design as a locator service provides businesses with a way to direct potential customers to their doorstep and provide imagery and other enticing data points to bring in more business. Maps are designed to create a greater interactive experience with a higher-level prospect as the user who accesses this service primarily for information or directions.

Whether B2B or B2C or both, tapping into the potential Google Maps offers as a social network platform unleashes unlimited potential. Linking maps with your other social media outlets, such as the popular Facebook and Instagram apps for B2C contacts or LinkedIn for your B2B connections, provides business with a dual messaging threat. Information supplied via casual social network contact on one of the country’s popular platforms can direct users to maps for specific company information, driving instructions, and real-time location-to-location mapping. In these terms, Google Maps indeed represents the potential to become the next great social network for Australian business.