2019 Cybersecurity Trends: Preparation for a Cyberattack 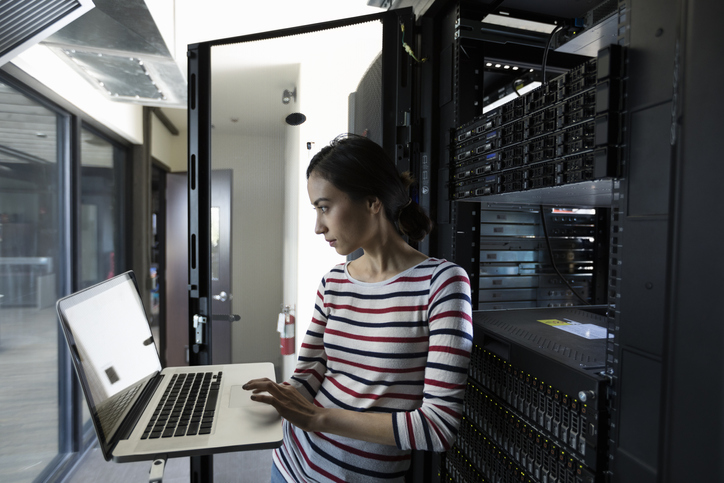 How familiar are you with all of the types of cyber attacks your company can become a victim of?

The list of companies who have faced a cyber attack recently is long and growing longer. Equifax, British Airways, Cathay Pacific to name just a few. In 2018 alone, the Ponemon Institute measured the costs of these data breaches at $3.86 million per incident globally. Recently, a cybersecurity trends discussion for 2019 with Check Point stated that it would be another year of hard-hitting cybersecurity attacks and breaches.

Security companies such as Check Point, a multinational provider of combined hardware and software products for security, is based in Israel. And they are searching for new ways to better secure IT. Their global chief of threat detection, Orli Gan, states that the solution will come from manufacturers, law enforcement and government, not from companies like Check Point. The cybersecurity company predicts that every company will become a victim of a cyber attack in 2019.

Gan stated to Verdict: “You can just choose whatever name you want, any company in the world and they either were, or are, or will be hit by a cyber attack.”

When comparing cybercrime in 2019 to the popular heist film series Ocean’s 11, Gan stated that cybercrime is far more lucrative and less risky way to make money than a heist. Cyber attacks come in two formats:

When the cyber attacks are instigated by nation-states, they are morally ambiguous. It’s hard to know who is the good guy or bad guy.

As a result, cybercrime experts advised to strengthen cybersecurity capabilities instead of using political sanctions. Despite warnings, it looks as if Russia will attempt cyberattacks in 2019 and 2020 elections.

Routine, day-to-day cyber attacks are designed to earn money for the cyber criminals. This is becoming more used than ransomware which was bigger in 2017. One virus, WannaCry ransomware virus, infected computers in businesses, hospitals and schools in 150 countries.

“We see a quite steady decline in 2018 in the use of ransomware. It’s definitely not gone but it’s slightly more targeted these days towards companies that are more likely to pay significant amounts of money for the data they stand to lose,” Gan reported.

Instead, cryptomining is on the rise into 2019. This malware allows cyber criminals to hijack the victim’s central processing unit (CPU) to mine crypto currency, using up to as much as 65 percent of the CPU’s power. This type of attack was the leading attack in 2018, with 42 percent of global organisations hit between January and September, over double the 20.5 percent hit in the second half of 2017. The opposite of a ransomware attack, cryptomining is a stealth crime as it’s perceived by victims. Criminals like it more than ransomware, because it’s easy to begin, hard to trace, and has a long-term earning potential.

The top three most common malwares seen in 2018 were crypto miners mining the Monero currency, says Check Point. Monero is preferred over Bitcoin because unlike the more well-known cryptocurrency, Monero is effectively untraceable and can use typical computer hardware very effectively for mining, while Bitcoin requires custom-made and optimised chips.

Phishing, one of the most common online fraud tactics, can easily get ahold of private information including credit card details, usernames, and passwords through email. In the third quarter of 2018, RSA detected 38,196 fraud attacks worldwide including phishing scams. Even with an awareness of phishing, many people still fall for these fraudulent attacks to get personal information. These crimes increase during the holiday season when many people are online shopping, especially Black Friday (Friday after American Thanksgiving) and Cyber Monday (Monday after American Thanksgiving). Without the proper malware attachments, these phishing emails often slip through other cyber defences. In fact, cyber security company Agari found that 54 percent of email phishing attacks use a well-known brand’s name to deceive recipients including Amazon, Microsoft, and Bank of America.

How Can an Organisation Protect Itself?

If you own or work for a company looking to protect itself, there isn’t a single approach that will guarantee success.

“You have to understand the complexity of the problem, you have to address the different angles in different capacities, and you always have to have multiple advisories and engines that combined can give you that accuracy that you require from a product that you’re actually going to use. Accuracy is number one in order to be practical because when you’re not, the reality is that people in the organisation will start getting angry – ‘I needed that email but it was blocked by your security system,” according to Gan.

Can We Win the War Against Cyber Crime?

With the rapid development of technology, that question is difficult to answer. Check Point is skeptical that cyber security can eradicate cyber crime. Gan states that the solution should be a three-part defence that involves government regulation, law enforcement, and manufacturers. We must regulate manufacturers of electronic devices to require them to use operators that comply with security requirements. And law enforcement has to hunt down and punish cyber criminals.