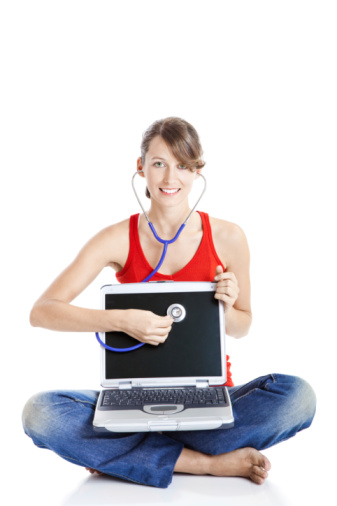 Ransomware is malware used specifically for cyber data kidnapping. Cryptolocker, an updated form of ransomware, is used by cybercriminals to encrypt a victim’s data with a strong 1,024-bit algorithm.  The cybercriminal then demands payment from the victim to obtain the decryption code.

How Does a Computer Get Infected With Cryptolocker?

Ransomware will ask for one of two different ransom fees, $100 or $300. To prevent inexperienced computer users from attempting to remove Cryptolocker, the ransom message states: “Any attempt to remove or damage this software will lead to immediate destruction of the private key server.”

There have been a few cases where a warning, supposedly from the FBI, informs the user: “You have been viewing or distributing prohibited pornographic content. To unlock your computer and to avoid other legal consequences, you are obligated to pay a release fee of $300.” Attackers use clever social engineering tactics that play on users’ fears of being caught partaking in illegal, wrong, or shameful online activities.

Both Mac and PC Users Should Beware

In the past, computer scams and viruses were only a worry for PC users; however, ransomware viruses have been appearing on Mac computers as well. According to Malwarebytes, cyber criminals are aware of the growing market of Apple consumers who tend to be more careless about Internet security.

Mac users should be careful when it comes to random emails or downloads they aren’t familiar with, and be vigilant when it comes to Internet security. According to Symantec, a computer security software company, ransomware attacks are earning cyber criminals approximately $30,000 each day!

What You Should Do

Backup your files before Cryptolocker infects your computer. Due to the popularity of these ransomware viruses, PC and Mac users should regularly backup their files. Once the malware has infected a computer, there’s no way to restore access to those encrypted files. At that point, the best option would be to have your IT department reformat the computer and restore files from a previously saved backup set. You can also attempt to decrypt your files on your own as an alternative to paying a fine or if you don’t have an IT department.

For Mac Users: Click on the Safari menu and choose “reset Safari.” Make sure all check boxes are selected or hold the Shift key down while re-launching Safari. This prevents Safari from reopening windows and tabs from your previous session. In addition, disable the reopening feature across OS X from the “General” setting in “System Preferences.”

For PC Users: Turn your computer off, and restart in “safe mode.” Then, follow Windows instructions to do a “System Restore.”  If the above tips for decrypting your files fail to work, and you or your IT department is unable to solve the problem, many sources have reported that paying the fine actually does result in a decryption key. However, paying the fee does result in funding for cybercriminals, which helps them create even more viruses.