Achieve New Heights With Microsoft In 2018

From humble beginnings in a garage as the brainchild of two men to an asset valuation of nearly $250 billion in 2018, Microsoft is no stranger to breaking records. 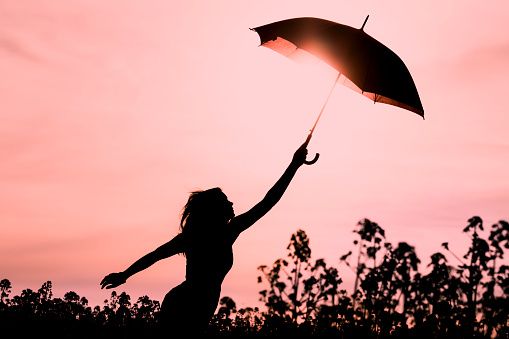 Do you think Paul Allen and Bill Gates knew what lie ahead in 1975? Nope. Couldn’t have.

In those days, developing a BASIC interpreter for the Altair 8800 seemed impossible – because no one else had done it, including Allen and Gates, yet they promised the finished product and were able to deliver in two months. Between 1975 and now, the Microsoft Windows product is a professional mainstay and continues to dominate the desktop computing market. Add to this their Microsoft Surface product line-up, and between the desktop or laptop PC or the operating system it’s running, Microsoft is The Man. And we didn’t even get to the Microsoft Office line-up yet.

Between Microsoft Office, for which organizations purchased physical software plus per-seat licenses for users roughly a decade ago, and today’s Office 365, accessible online from anywhere, Microsoft caters to the modern professional. The Office Suite has expanded in recent years, beyond Word, Excel, and PowerPoint, to include a variety of productivity apps, including OneNote, Microsoft Teams – formerly Skype for Business – for a collaborative platform, and Outlook. All Microsoft applications offer seamless integration with other Microsoft apps, as well as a variety of external apps to blend the user experience with the goal of simplifying processes to increase efficiency and productivity – therefore, revenue.

Whether it’s standalone apps or the subscription-based Office 365, Microsoft products are the staples at every professional workplace in first-world countries today. Microsoft’s SharePoint and OneDrive, and their super-seamless integration with a multitude of productivity apps, simplify communication and connectivity in the professional world. From creating documents and spreadsheets to storing and sharing with colleagues, Microsoft has you covered.

Microsoft doesn’t like to just do something first – the team behind Microsoft Teams wants to do something first and best. Case in point, Microsoft is the first global cloud provider to receive the Certification for Protected data in Australia – a great achievement. The underlying significance of this is all levels of government and critical national infrastructure in Australia will be able to accelerate and increase use of secure cloud computing and storage. By comparison, Amazon began expanding its Amazon Web Services cloud-based storage solutions in the same area in 2012, but Microsoft is still first to be awarded this certification.

Remember when we mentioned subscription-based Office 365? Microsoft Azure and Office 365 are also getting accolades: both can now boast of Protected Certification by the Australian Signals Directorate (ASD), as well as inclusion in the Certified Cloud Services List (CCSL). Microsoft has been working in direct partnership with the Australian government toward this major milestone for a few years, and this achievement grants the opportunity for immense digital transformation in the public sector in both New Zealand and Australia.

Both Certification statuses are timed well with Microsoft’s announcement on the availability of Azure Australia Central. Two new highly-secure Microsoft Azure cloud regions are located in Australia-owned facilities, designed to facilitate mission-critical operations and demands for critical elements of national infrastructure. The Australian government has established clear intentions with these Certifications and announcements, to expand the adoption of cloud solutions. The public display of confidence in Azure and Office 365 offers a high level of assurance in both Microsoft and cloud optimization.

Australia released a formal strategy recently to demonstrate the cloud’s economical digital storage solutions, offering an ideal opportunity to shift reliance to a faster and reusable environment. Cloud-based storage solutions are free from limitations and constraints imposed by on-site options, with the added bonus of being customizable and convenient.

Microsoft invested in Australia with these data centers, and demonstrate a commitment to the public sector as well as the high degree of trust other organizations can have in Microsoft as a cloud service provider.

The cloud is nothing new, and the appetite for cloud-based solutions is growing in every corner of the globe. Microsoft isn’t the only global cloud solution provider, but this move signals a level of trust that few other brands can boast – or deliver upon. Every day, news of “the cloud” reaches journalistic outposts – Time, CNN, MSNBC, you get the idea. Dozens of entities have filled the channel, claiming to offer the same level of service and security that industry leaders, like Microsoft, can – but, in reality, few do. Why? It’s likely a combination of factors: expertise, financial fortitude and flexibility, all upon which a solid reputation is built.

Is security the most critical component of the cloud? Many would argue that each benefit is nearly equal, but security and reliability are the two with the greatest impact and should, therefore, have the greatest focus when choosing a cloud solutions service provider. It’s easy to see why Australia went with the industry giant.

What’s next? Will other national governments follow Australia’s lead? Cloud is clearly the direction to take for trusted resources in data storage, with Microsoft being the lead innovator. Cloud is highly scalable, flexible, and reliable, and the future of data storage!