At a special event in October 2018, Apple unveiled two new versions of two of its IPad Pro tablet, a new MacBook Air and an updated Mac Mini. 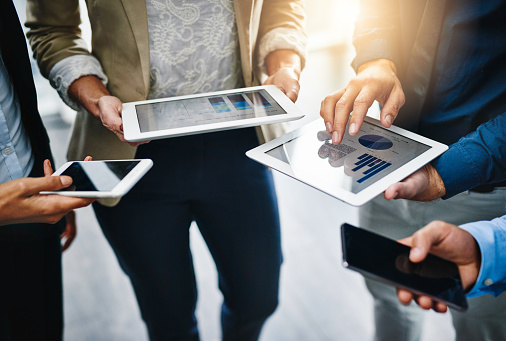 For Australian businesses, Apple’s latest product innovations provide additional options for providing employees with the tools they need to be more efficient, productive and profitable. Here’s a closer look at the announced technology enhancements.

Enhancements to the company’s premium tablets have been rumoured for months. The new versions bring over some recent features of the newest iPhones, including an edge-to-edge display and FaceID authentication.

The newest iPad Pros come in two sizes — an 11-inch model and a 12.9-inch model. The models feature a range of storage options, from 64 GB to 1 TB. Here are some other specifications and features:

This device has long been in need of an upgrade and the newest model delivers more speed … and a higher price tag. The MacBook Air has been a popular option for those users looking for a lower price and lighter design.

The resolution on the latest model is nearly twice that of its predecessor, with a 33.25-cm display at 2560×1600 pixels. Here’s a look at some of the other enhancements to the MacBook Air.

Apple last updated the small desktop computer four years ago. This workhorse has several processor options from Core i3 to Core i7 and includes up to 64 GB of memory. It features several ports, including HDMI 2.0, two USB-3, four Thunderbolt 3 and a headphone jack. For an additional fee, a 10-GB Ethernet port is available.

Improved performance is evident throughout the new Mac Mini. The base model may still be 8 GM of memory but that memory works faster. Better cooling capabilities allow the machine to run at a 70 percent greater maximum sustained power level. It starts at $1249 for a 3.8-Ghz i3 processor, 8 GB of memory and 129 GB of storage. A model with the turbo-boosted processor starts at $1699. Like the other new products, it’s available 7 November 2018.

Apple continues to provide businesses with new and innovative products that enhance productivity and operability that can be a differentiator, leading to better business outcomes.