Catching The Culprit at What Cost? 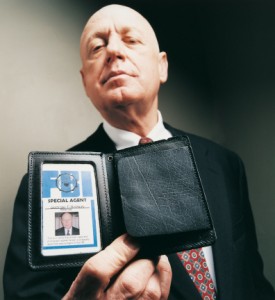 Apple CEO Tim Cook and FBI Director James Comey are butting heads over privacy and safety. On December 2nd, 2015, a married couple, Syed Rizwan Farook and Tashfeen Malik, opened fire at a holiday party in San Bernardino. Twenty-two people were injured and 14 were killed, along with the couple. There was an iPhone of the couple’s that was discovered and the FBI has been trying to break the encryption on it to access the data. In a recent Lawfare Blog, Comey explained his stance on what the FBI was requesting.

Comey stated that he was not trying to create a backdoor for everyone’s iPhone to be hacked, but instead wanted access to the current iPhone they had. There is a feature that can be triggered on an iPhone that will erase the contents of the phone if you enter the password incorrectly a certain number of times. Comey is trying to bypass that option as well as trying to create some window into that particular phone faster than trying to break the encryption.

Cook sees this as an opportunity to open up a backdoor that will leave the iPhone vulnerable. If he allows this phone to be broken, then it will create the possibility for other phones to be broken as well. Comey is coming at this situation from National Security and Cook is seeing this as a push against privacy. This matter is before the Magistrate Judge Sheri Pym of the U.S. District Court for the Central District of California.

The judge has ordered Apple to help the FBI crack the encryption on the phone. This order includes providing software to help the FBI get past the passcode without triggering the auto-erase feature.

At the end of the blog post, Comey puts the issue before the American people stating that they are the true deciders of this back and forth between safety and privacy. They are the ones who should decide what matters most in this situation, not Apple or the FBI.

What’s your stance? Contact us at (02) 8212 4722 or email us at [email protected] to keep up-to-date on the latest technology news and information. We’re here to handle all of your technology needs at a flat-rate monthly fee.