Cybersecurity researchers at Cisco recently announced that they uncovered computer backdoors created by a relatively unknown French marketing company called Tuto4PC. The backdoor highlighted by Cisco’s digital security experts provides software makers with access to 12 million PCs across the globe. It is quite the shocking discovery and will undoubtedly turn out to be one of the largest scandals of the year.

The above-referenced backdoor turns over PC administrative rights to software developers through an application. The backdoor is capable of downloading and installing an array of different types of software including the scareware commonly referred to as “System Healer”. Yet the backdoor is also capable of obtaining personal data stored on the user’s computer. The software is even designed to flag the presence of antiviruses, sandboxes, forensic software, remote access doors, security tools, and other digital protective programs.

One of Tuto4PC’s associates, Wizzlabs, was previously spotlighted by French authorities for its spyware installation practices and theft of computer users’ personal information. Digital security experts at Cisco studied the Tuto4PC OneSoftPerDay application and found about 7,000 idiosyncratic samples with names featuring the “Wizz” label. Examples are “WizzInstaller.exe”, “Wizzremote.exe”, and “Wizzupdater.exe”. The “Wizz” moniker also appeared in a considerable number of domains that the samples transmitted data to and from.

Computer Users Around the Globe are Vulnerable

Cisco Talos researchers reported that the backdoor infections have occurred on about 12 million computing devices in the United States, the United Kingdom, New Zealand, Japan, France, Australia, and Spain. The company has described the malicious Tuto4PC software as a “full” backdoor that can perform an array of nasty procedures on the victim’s computing device. Cisco digital security experts state that the software might not be classified as a true backdoor by those who are unfamiliar with its capabilities or the nuances of industry jargon. Yet the company is adamant that the software is indeed a full backdoor. At a bare minimum, it can be classified as a potentially unwanted program, commonly referred to with the acronym of PUP.

Protect Your Business With our Proven and Trustworthy Professional IT Services 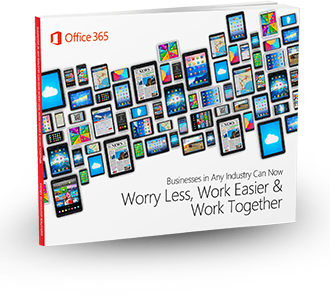 Enter your Information Below and We Will Send Directly To You