Microsoft has released the fifth major update to its Windows 10 operating system, complete with a whole bevy of exciting changes and helpful features. This latest iteration is designed to improve performance and productivity while focusing more on security. 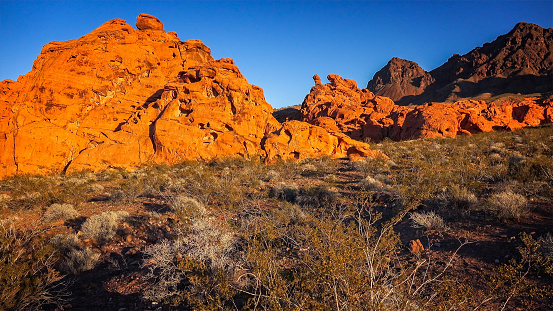 The Windows 10 April 2018 Update has been codenamed, Redstone 4 and is now available worldwide for updates to any device running a Windows operating system. It includes a better array of media creation tools in order to meet the growing demands of users who enjoy posting to Instagram and Pinterest.

There are quite a few solid features with this new release that should make life a little easier for those who use their smartphone for just about everything. However, there were major additions to desktop and laptop computers as well. Microsoft is focused on improving its browser, MS Edge, but Chrome is still the preferred choice for most users. Other improvements to Windows Subsystem for Linux and Windows Defender should increase the product’s flexibility and security.

Cortana carries the day on the desktop experience

There are substantial changes to the Cortana assistant. The new Windows version has experienced a complete overhaul of the Cortana Notebook. It now features tabs and card-based items making it more responsive and easier to use. Lists and reminders are now on the organizer tab and the options to change most of the Cortana settings are now on the Manage Skills tab.

The default skill in the Notebook on Cortana now features a set of tips for questions that you can ask Cortana to get you started. To use this feature, you can either type the question, tap the suggestion, or simply talk to Cortana and the information you want will pop up.

Cortana’s Notebook is now available in more countries and in more languages, with quite a few performance improvements. Not to mention that you’ll now see your account picture in the left rail going forward.

There is something else that’s new with the Lists experience on Windows 10: Cortana Collections. This is an addition that allows Cortana to notice and remember things like restaurants, recipes, movies, books, TV shows, and more for you without you necessarily having to do anything.

What’s new on the desktop

OneDrive in File Explorer now shows a cloud status icon that tells you the sync state of files on the various folders.

Windows 10 has introduced a new Game bar with a fresh design, settings that are easier to use, and an updated clock. You’ll also see new buttons to turn on the microphone and camera and capture and edit your Mixer stream title.

The Start menu now includes Reveal highlights, an interactive visualization feature that helps you navigate and interact with apps. This feature will be noticeable while hovering over items in Live Tiles and the “All apps” list. Furthermore, right-clicking the Microsoft Store app and selecting the More option now brings a menu with a Settings option included. Clicking this takes you straight to the settings page for that app.

Action Center on the new Windows now supports a two-finger touch gesture to dismiss all notifications. It also automatically saves as drafts any notification responses dismissed by accident. The “a” / “p” format for indicating the 12-hour clock timestamp has changed to “am” / “pm”.

Nearby Sharing. This is a new feature on the updated Windows 10 that allows for sharing of web links and files wirelessly to nearby devices via Wi-Fi or Bluetooth connectivity.

Changes and additions to settings experience

The Windows Settings app has received a major facelift. It now features an innovative homepage with smaller icons and their titles to the right.

Microsoft has introduced a house icon for the home button, acrylic material effects on the left side of sections, and a lot of other improvements and tweaks to various categories of settings. This includes three new automatic rules under Focus Assist (formerly Quiet hours), an option for changing the font that the system uses (under Pen & Windows Ink). You can now select your own security questions as an option for recovering your account in case of forgotten sign-in information.

Microsoft has updated its Emoji panel data so that it will show emojis as you type related words using the touch keyboard.

Microsoft is phasing out the HomeGroup service in favor of the more contemporary sharing tools like Share, OneDrive, and Nearby Sharing.

Many users will love the introduction of Windows Defender Application Guard to their default antivirus program, Windows Defender. This addition is a security feature that isolates pages you are viewing on Microsoft Edge from Windows and from one another as a way to provide an additional layer of security from malware and zero-day attacks.

Finally, it is now possible for Windows Subsystem for Linux (WSL) on Windows 10 to run mixed instances of Linux. The process can also now run in the background even after closing the console.

As you can see, Microsoft has been working hard to make its Windows 10 software the best it can be. We hope that you find this guide informative and as useful as the Windows update itself.