Considering Purchasing the Apple Watch? 8 Security Issues to Think About

The recently released Apple Watch has sparked a lot of debate as to whether or not it’s really a smart or necessary purchase. 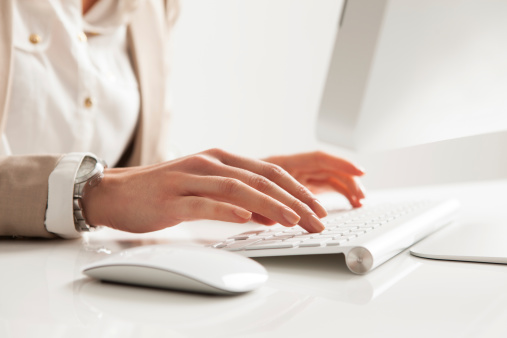 Despite its sleek look and some interesting features, the capabilities don’t seem to really warrant a buy. Even more, there are a few security issues that you should definitely take note of if you’re still considering making the purchase.

For both GPS and wireless connectivity, which includes downloading any apps onto your watch, Apple says the device must be paired with an iPhone: particularly an iPhone 5 or newer, running on at least iOS 8.2. Considering how high profile the watch is, it’s safe to say that hackers will soon be working to find vulnerabilities and weakness in the Wi-Fi and Bluetooth connections. And getting into the watch could mean getting instant access to all of the information stored on your phone.

While we already know of vulnerabilities existing in Wi-Fi and Bluetooth use, we don’t know much at all about the apps that have been created for Apple Watch. Do you really want to be a lab rat when it comes to discovering vulnerabilities in apps?

Between the use of Bluetooth and Wi-Fi, it’s easy to imagine that individual devices could be “fingerprinted”. Data could be used to track individuals in physical spaces, which obviously poses both security and privacy concerns.

It’s generally accepted knowledge that you should disable wireless networking technologies when you’re in untrusted or unknown environments. But since those features are both necessary to leverage most Apple Watch features, users would be required to use them often.

Apple has said that every time the watch is put on after being removed, a code must be entered to unlock the payment function. Still, recent stories of fraud have found thieves loading stolen card data into Apple Pay on iPhones and then making purchases. The issues that occur here likely won’t be unique, but similar to fraud issues with an iPhone.

Due to some of these digital pay issues, Apple users may find less and less merchants and banks willing to accept Apple Pay. Many have received overwhelmingly negative reaction to how Apple handled Apple Pay fraud, stating they need to take more responsibility for fraudulent Apple accounts.

Using Apple Pay with Apple Watch requires “contactless” POS terminals. This is driven by the recent liability shift in which a merchant or issuer that doesn’t support EMV is responsible for all fraudulent transactions.  These terminals could potentially reduce payment fraud rates in coming years. But…

The POS terminals include NFC, which means they’re already programmed to accept Apple Pay. Once your Apple Watch is unlocked, a cybercriminal could plausibly use it to make fraudulent purchases. And while POS terminals were created with heightened security in mind, it’s possible that thieves could hack and control NFC terminals to steal unauthorized payments.

For more technology inquires and security tips and tricks, contact us by email or by phone.