My Health Record is Australia’s approach to centralising the digital health records of its citizens. It provides an online-accessible summary of a person’s key medical information, including data such as medical histories, prescriptions, and known allergies. While this type of program isn’t anything new to Americans, My Health Record has only been in use for six years in Australia. Today, almost 6 million citizens are included in the system. The opportunity to opt-out is ending on October 15, 2018. Many Australians are not pleased about its implementation, beginning with the opt-out situation. 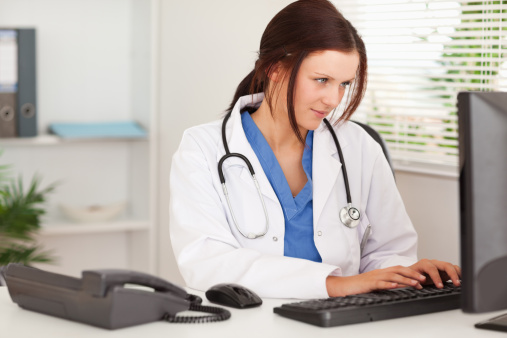 Currently, Australia’s My Health Record gives people the opportunity to opt-out. This means that unless someone chooses to take the necessary steps to opt-out, then a digital health record will be established for them. While many supported digitising and centralising health records when it was proposed as an opt-in situation, more and more people are distressed about its implementation using opt-out. They feel that the default for an individual should not be the creation of a digital health record; it should be just the opposite.

Benefits Of My Health Record

Many individuals that struggle with chronic medical conditions could benefit from digitalising health records. These citizens require multiple medications and many have life-threatening allergies (especially medicinal allergies). The general feeling about having all medical records centralised is positive, regardless of this odd opt-in/opt-out situation.

Australians who travel a great deal view this as a good thing because, no matter where they go, their medical records will follow them. Individuals living in more rural areas are also expected to reap the benefits of centralised digital health records.

Many argue that access to records will improve the healthcare that individuals receive, especially in emergency situations. Better access to health records will help to eliminate dangerous medical mistakes that come from a lack of information about a patient. This can help medical professionals make more informed decisions on behalf of the patient. Healthcare groups and leaders also point to a better coordination of care and a significant reduction in duplicate testing.

Privacy is a major concern for most Australians that are opposed to digital health records. Health records are a big target for hackers, and such records contain some of the most private information about an individual. There are concerns about exactly who has access to medical information and whether access might be overridden in the case of an emergency. Also, health professionals do not have to explicitly request patient information in order to upload it to the record system as long as the patient has not opted-out.

Children and babies are automatically being assigned digital health records unless the parents take the appropriate steps to opt-out. Even when parents opt-out, mistakes are being made as digital records are still being created for children in some instances. The digital file created for a child can be canceled later on, but in the original plan, it would not be deleted. All files are to be kept on hand for thirty years after a person’s death, and then they will be archived for an additional 100 years. Recent changes have been made regarding concerns about this.

Another issue that arises with regard to children is the use of a shared Medicare card for families. This can prove especially problematic for non-traditional families or parents that are in situations where they share custody of their children.

Responding To The Objections

According to the Australian government, these digital health records are very secure and safely backed up. There have been only 35 breaches in the past financial year, which is a tiny fraction of the almost 6 million users already contained in the system. However, in response to citizen concerns regarding privacy, the Australian government has agreed to allow records to be permanently deleted, even after the deadline for opting-out.

In addition, it has been clearly stated that government and police agencies will not have access to records without the person’s consent unless they have a court order. Finally, leaders insist that no one is being signed up without their consent (not even children) although it is possible that they (or their parents) may not have recognised that they were giving consent.

Many see the recent government response to user concerns as a positive thing. But other Australian leaders insist that the system is still evolving. While providing critical medical information for those suffering from chronic illness, serious allergies, or victims in emergency situations, Australian citizens still see My Health Record as a potential invasion of privacy and a target for hackers. It is hoped that this program will evolve to better address issues where parents share custody of children. Generally speaking, most Australians believe that children’s rights to privacy should be respected regardless of what happens.