Australia’s Northern Territory – 1.35 million square kilometers with a population of an estimated 250,000, is not one of the first places you think of when one thinks of installing a state-of-the-art Electronic Health Record (EHR) system. Nonetheless, the Northern Territory is at the halfway mark to having innovative inpatient and outpatient functions for its six hospitals, 54 health centers, and numerous other health facilities. The system goal is “one patient, one record” with data shared by all providers. 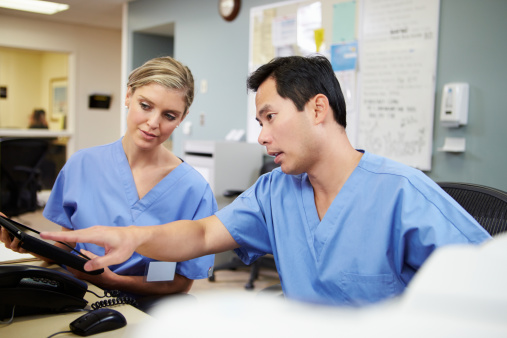 As always, one of the goals of the EHR implementation is improved quality of care and improved outcomes. The Northern Territory has four times the rate of avoidable hospitalization, compared to the rest of Australia. The average age at death is 67.6, which is 14.4 years short of the national average of 82 years old. The territory has the highest rate of renal failure in the world, making dialysis services a necessity. Diabetes is widespread. 60% of males and 50% of females are smokers. 25.5% of the population is aboriginal, the highest population proportion of any Australian state or territory.

The aboriginal population has a higher incidence of several serious diseases, including diabetes, mental health problems, respiratory disease, cardiovascular disease, and chronic kidney disease. It also has diseases that are virtually unknown outside its members: trachoma (an eye infection) and bacterial heart disease, to name a few.

The Pros and Cons of a New EHR System

The current system is described as “…held together with sticky tape” and has a history of failed efforts at replacement, as do many large health IT projects. This time, however, things appear to be on track for a successful conclusion. The project, which has five years to go to completion is on budget. This in itself is a miracle.

Any medical personnel who have been involved in an EHR implementation will tell you that growing pains are inevitable. Training, no matter how thorough, will not communicate every nuance of the system. There will be periods where a doctor tries three times to save the record of a patient visit, only to have to call a nurse to come in and show him how to do it – again. There will be downtimes that are an utter mystery to the support staff. The supposedly impossible will happen and the mainframe component will require yet another initial program load. The physicians will curse their interface as “the worst video game ever invented.”

The real benefits will become apparent only after the shakedown cruise. The system will feed data into Australia’s universal “My Health Record,” which allows patients to see much of what their providers see. Research has indicated that giving patients access to lab values and test reports can increase health awareness and prompt more meaningful conversations with providers.

Why Australia Is Creating a Better Healthcare System

Australia was among the first nations to recognize the power of a fully national electronic health record. The Health Connect program, which ran from 2005-2009, set the parameters for the successful My Health Record program and, as was expected, revealed a number of pitfalls in trying to link disparate systems.

Australia has mastered lessons the US is still struggling to learn in the areas of consistency of nomenclature and interoperability. One of the most significant lessons learned is that such a national health system does not work unless the vast majority of the population agrees to have their records made available and included in the database. For that reason, Australia is switching from an opt-in system to an opt-out system in 2018. Everyone’s data will be included unless they explicitly forbid it.

In 2009, it was estimated that the full implementation of My Health Record could save at least $300 million per year in reduced errors. Having one consistent record alone –“one version of the truth,” as it has been called – accounts for the bulk of that. Few are the providers who have not faced two different versions of a diagnosis, a prescription, or a lab result from the same patient and wondered which one represents reality. Having a single record prevents that. When errors do slip past the data consolidation phase, at least they are usually more obvious than they are in paper records.

Australia’s national health record program, in the Health Connect period, was aimed at providing a critical subset of data. As it evolved into the My Health Record phase, it has moved towards the inclusion of virtually all data. Because of the emphasis on a national system from the beginning, it has encountered fewer road blocks than have similar efforts in the United States. Australia was also able to learn from the British experience with its National Health Service. Having a single national health plan, of course, removed many of the roadblocks that the United States has encountered.