In an effort to reduce the intrusive and annoying nature of such ads, Google has announced that their new browser version will feature an automatic ad blocker. 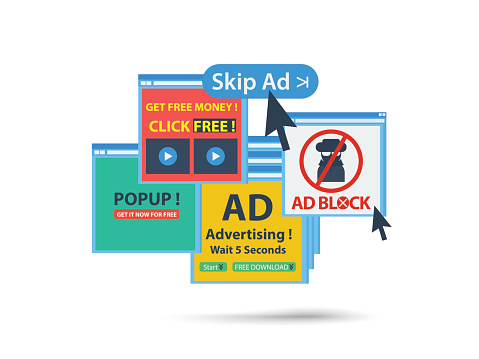 Consider the vast amounts of information, communication, and entertainment, which is funneled through the Internet daily. How often are you part of this stream and how often is your Internet activity interrupted by annoying pop-up ads? For most patrons of the Web, this experience is all too familiar. Follow a link, wait 10 seconds on an ad page before your initial page loads. Play a video clip and watch an ad, usually twice the volume of the intended video.

In an effort to reduce the intrusive and annoying nature of such ads, Google has announced that their new browser version will feature an automatic ad blocker as part of its software. Of course, there are some more specific details for how the ad blocking will work, which we will detail below. And, as some have already asked, we will consider the potential negatives this system may have. Let’s start with some information about how and when the service will work.

In approximately six months, Google’s Chrome browser, for desktop and mobile versions, will include an ad blocker. This will be designed to get rid of the ads consumers find the most disruptive or unnecessary. This advanced notice will hopefully give those companies funded through ads to bring their marketing practices up to Google’s standards. And, good news for companies already in compliance for Internet advertising, as Google’s ad blocker will filter the intrusive, yet allow the ads deemed appropriate through the Coalition for Better Ads. This coalition represents a fairly large (and growing) group of corporations who aims is to supply regulations for how Internet advertising should appear, in order to give advertisers space and opportunity to profit within this digital landscape.

On the surface, it might appear as if Google is arbitrarily blocking out certain ads and Web publishers. Some have complained that only the consumer is benefiting from these moves, with competition from mega corporations making it impossible for the small ad companies to compete. Not so, says Google. In fact, the ad blocking standards they are imposing will help to give all ads space and views they want. And, as discussed in online forums, traditional ad blocking systems block all ads, regardless of content or appearance, whereas Google’s ad blocker will be selective and still allow for ad revenue to be created through online content.

Google and other web browsers consider the advertising landscape to be akin to an ecosystem, in which you have to maintain a healthy balance in order for the ecosystem to thrive. With this in mind, ads which, for example, hijack a consumer’s screen, automatically play blaring music or continually flash and follow as people attempt to scroll are considered toxic waste in the ecosystem. This kind of ad paints a negative picture of all advertising on the Web and pushes consumers to eliminate all ads through third-party blockers or abstaining from the internet altogether. This kind of negative reputation and response hurts all advertisers and encourages the most disruptive types to up their efforts to be even more belligerent and sneaky. After all, bad press is still press, right? Therefore, the aim becomes to agree upon and adhere to a type of best practices for all advertisers, in which the ads are seen, but don’t become overly intrusive and drive away the very consumers they’re looking to attract and capture.

With this kind of announcement, some see the signaling of an oncoming change or a shift in the current Internet. Truthfully, the Web is in a constant state of evolution. Change often leads to even more positive results. Plus, it hardly seems plausible that all advertising problems will disappear with the addition of this corporate level ad blocking. More than likely, this is only the first of many steps to help regulate such a vast and powerful resource.

The advertising potential the Internet possesses is far too grandiose to be hemmed in, even from some of the most prominent of Web fixtures. We are more likely to witness the growth and true second wave development of the art of Internet advertising.

Consider the TV ads of the 50s and 60s, compared to the slickness of today’s ads, not to mention the expert product placement appearing on most network TV regularly. We are light years away from a Howdy Doody fudge bar spot. It only seems logical that the newest and potentially most powerful entertainment and social network in existence will, in turn, up its advertising game. Google understands their stake in this business all too well. Currently, approximately 58% of all Internet users are using Chrome as their browser. This kind of leverage gives Google the ability to call some big shots, with the hope and belief by many that this is exactly what the Internet community needs.