How To Manage Your Email

Learn how to implement the five-folder email system and get rid of email overload. 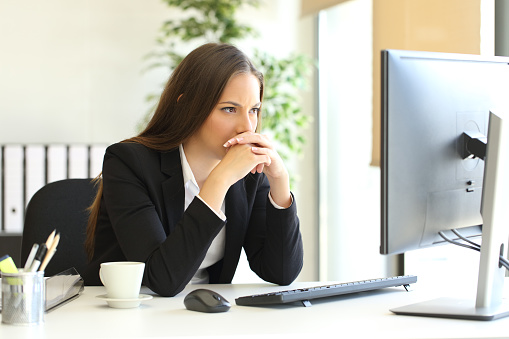 It’s easy to become a slave to your email inbox. Unless you take control and implement a strategy, those emails can become just an unruly inbox, especially when you’re using email for business.

If you’re in a position where a lot of collaboration is needed between teams and other organizations, your inbox can truly turn into a painful mess.

A lot of folks make mistakes when trying to manage their inbox. Some create folders based on topics, and others try to use their inbox as a to-do list, while some save every single email. Either way, you’re just shooting yourself in the foot. What do you do when an email requires a response?

Where do you file an email that covers two separate projects? How do you even find enough hours in the workday to respond to emails that just pile up one after the other? It’s easy for emails to get pushed further down and actually get lost. However, there is actually a way to better manage emails, and it’s fairly simple. You only need to create five folders to make your work life easier.

A More Detailed Look at Taking Control of Your Inbox: An Inside View

Don’t get mixed up about the mounting email in your inbox with other pressing job responsibilities. Keep a specific to-do list. For example, delete emails once you’ve attended to it. If you have an email thread regarding the scheduling of an important meeting, once you’ve handled it, get rid of it in your mailbox.

You may not be as important as you think. Not every email requires your response, input or opinion. Know the difference between when to speak and not to speak. In addition, not everyone else is all that important also. While other people may want a response today, it’s not always deserved or needed. Learn to separate the wheat from the chaff. Do not put these types of emails in the today folder and make no exceptions. Today’s email folder should only include important messages from bosses, customers, and urgent projects. If your work is project-based, just create a five-folder system for each individual project.

You can also multi-task different folders at the same time. A good strategy is to keep your “today” folder small and give yourself more time to handle longer-term emails in the “this week” folder. Select a day to handle this week’s emails. You can always begin a response as a draft and sent it later.

Another tip to make the system work is the create a five-folder system for each project. If you have multiple projects running at the same time, the five-folder system still works. Once the project is finished, go ahead and archive the whole structure.

Like anything else new, the system may feel unnatural when you first implement it. Give yourself time to feel comfortable with it. Just stick to it, and you’ll find that those days of being overburdened with email are over. The benefits of implementing the five-folder email system include:

Many email programs are easy to create folders. For example, Microsoft Outlook allows you to create folders for personal organization. It has a built-in create new folder dialog. Just set the folder up and use the create rule tool. It will automatically organize all emails into your folders. It doesn’t get any easier than that.

Inbox email overload is a common problem in the workplace today. It’s like trying to climb a mountain. Once you think you’ve reached the peak, the mountain just gets taller. It can be a never-ending trek to the summit. Most workers receive at least 100 emails a day in their inbox. Throughout the day, more and more emails continue to just get dropped into the inbox. It’s a flood of constant communication. It’s time for workers to attack the problem with a strategic plan that works. The five-folder email system works. Get started with the five-folder email system today and enjoy the freedom it gives you.