Is Upgrading to Windows 10 a Good Idea?

Like every edition of Windows, version 10 offers some important advantages alongside significant drawbacks. Businesses benefit from improved security functions, enhanced tablet compatibility, better update control and a new Web browser. Windows 10 also boots somewhat quicker on most machines. At the same time, this operating system’s disadvantages have made many companies think twice about upgrading: 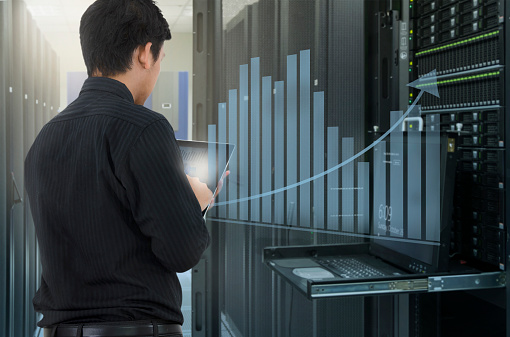 Applications that work under previous editions of Windows may not perform well in version 10. They might function less reliably or completely refuse to load. If you upgrade, you could spend a considerable amount of money to purchase different programs and convert existing data. Microsoft offers a helpful compatibility testing tool; it determines if your current software will work.

Although this only matters to some users, it’s worth mentioning that the latest edition provides little media-related software. Version 10 doesn’t include a DVD player application, and Microsoft wants to charge people extra for it. Users who have Windows Media Center also find that they lose this software when they upgrade computers with older versions of Microsoft’s operating system.

While some individuals believe version 10 offers greater ease-of-use than its predecessor, others have difficulty adapting to the changes. Your company’s office workers may need additional computer training when they begin using the operating system. This could increase costs while temporarily reducing productivity.

Computers with XP, Vista or 7 may need hardware upgrades before they will run Windows 10. This edition requires at least one gigabyte of memory on 32-bit computers and two gigabytes on 64-bit machines, according to Microsoft. Vista only needs half as much memory. Windows 10 also demands 16 to 20 gigabytes of space on a PC’s hard drive.

Some computer accessories don’t have drivers for Windows 10. Your company’s printers, digital cameras, backup devices, or scanners could stop working when you upgrade to this edition. You may need to purchase costly replacements. Alternately, your equipment might function less reliably or you could lose access to some of its features.

Windows 10 regularly collects data on user activity. The senior vice president of Virtusa recently mentioned that “Things like browser history, favorites and even passwords are now automatically synchronized to Microsoft’s servers,” according to CIO.com. The system personalizes advertising for specific devices. It even displays software ads in the start menu, but you can turn them off.

After users move to Windows 10, they usually have the option to restore a prior edition. However, MS will only let you do this for about 30 days. The downgrade procedure takes a substantial amount of time. Furthermore, a previous operating system will probably occupy around one-quarter of the PC’s hard disk. These problems make the entire process somewhat inconvenient.

Most recent software still works under Windows 7 or 8. Some developers continue to release applications for Vista and earlier MS operating systems. When users switch to version 10, they gain access to just a few significant programs like the Edge browser. This upgrade only proves worthwhile if the performance or interface changes hold considerable importance to you.

The bottom line is that Windows 10 offers a few major improvements, but it also has the potential to disrupt your business in several ways. Many companies depend on Sydney Technology Solutions to help them stay ahead of today’s information technology developments, trends and strategies. For further details, please call (02) 8212 4722 or send a message to [email protected].