Guess what device is missing in Window’s Device Manager.  It’s a device we use with computers yet it’s not there.  It’s the printer.  Printers’ properties are not malleable enough to be mixed with other devices.  This shows in the accumulation of printer drivers.  The main types of Windows 8: Desktop, Metro and RT (Windows for… 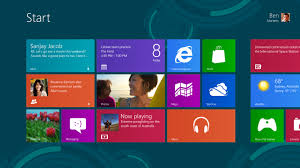 Guess what device is missing in Window’s Device Manager.  It’s a device we use with computers yet it’s not there.  It’s the printer.  Printers’ properties are not malleable enough to be mixed with other devices.  This shows in the accumulation of printer drivers.  The main types of Windows 8: Desktop, Metro and RT (Windows for ARM) also added to the push for printer driver reboot.  The new printer driver architecture version 4 (V4) comes as a rescue for this printer problem.  V4 incorporates what printer companies have strived for separately.  It is a big step in the right direction.

V4 forms an underlying core of printer capabilities structurally melded into one.  This core incorporates all basic functions which existing printer drivers offer in varying formats.  This makes future printer drivers handle only non-common capabilities—making drivers much smaller.  And since the majority of printers share most functions, most printers under V4 will no longer need separate drivers at all.  As more printer models come out in the future, they might offer more functionality.  These additions can be added to V4, thus making future drivers smaller still.  And as niche printers like textile printers and 3d printers become a mainstream commodity in the future, their common features will also be incorporated into V4 or the future version V5.

Looking back, V4 easily handles older printers since V4 is built with backward compatibility to V3—used since Windows 2000 to Windows 7.  In the past, different companies have tried this approach, certain printer lines like XYZ3250 and XYZ3550e can use one printer driver (PDL 1) usually labeled XYZ3200 series driver.  This is great only if everyone uses printers from XYZ Company.  For software, differing page description languages (PDLs) like PostScript, PCL and XPS only led to standard fragmentation and incompatible sub-versions (PDL  4.1 and 4.5).  Another set of drivers is required for different hardware like Windows CE.  This creates a family of driver variants (pdx1, pdx2 and pdx3).  V4 enables different Windows to have simplified printer handling.

Finally, V4 is like HTML, a markup language for web browsers.  HTML enables you to view this webpage on any device, operating system and browser.   A markup language is a perfect analogy for a page description language.  The world would be prettier if we could print the way we browse websites seamlessly.

As your trusted Microsoft Partner we are getting ready to support Windows 8 when it is officially released on Oct 26.  Our teams are working hard learning how business can best leverage Windows 8 in their environments.