The Apple Watch Selling Faster Than Tablets and Phones 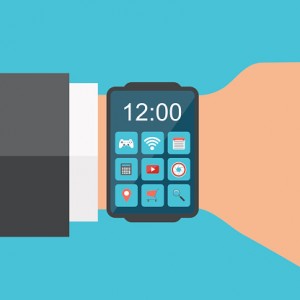 According to Apple CEO Tim Cook, the Apple Watch has sold faster than any other original iteration of their mobile devices yet. Cook explained this week that, despite not reporting specific numbers yet, the new wearable Apple device has sold more units in a shorter time than both the first iPod and iPad, which was certainly helped by the fact that while the latter two only sold in the US, the Watch was released in nine countries.

“Sales of the Watch did exceed my expectations, despite supply trailing demand at the end of the quarter,” Cook said on a conference call with analysts, as reported by cnet.com.

This report from Apple’s CEO somewhat contradicts predictions by others in the industry, like Slice Intelligence, who calculated that Apple sold 2.79 million units since April, with a considerable drop in sales by July. However, Cook says that the highest sales numbers come from June. Predictions for Apple’s total sales of the device in its first year range from 15 to 30 million, but even at the low end, that grants them more than half the global smart watch market in comparison to similar devices sold by Samsung and Motorola.

Until the hard numbers are reported, Cook’s word will have to be taken at face value, but the sales aren’t surprising given the Apple Watch’s many features:

According to Cook, the Apple Watch supports over 8,500 apps, and after the launch of the new OS for the device later this year, it will be able to make better use of the built in heart rate monitor and other hardware functions. The Watch also introduces Apple Pay, a quick way to digitize your baking information and make payments on the go.

In addition to the heart rate monitor, the Apple Watch has a built in accelerometer to count steps, which can be tracked in the Workout app for statistics on pace, calories burned and time spent exercising.

Upon raising your wrist, the Apple Watch will wake up and activate the screen, ready to interact with you at any instant.

Like any Apple mobile device, the Watch comes fully equipped with Siri, Maps, and iTunes.

To stay up to date on all the latest technology news, contact Sydney Technology Solutions at (02) 8212 4722 or email: [email protected] for more information.