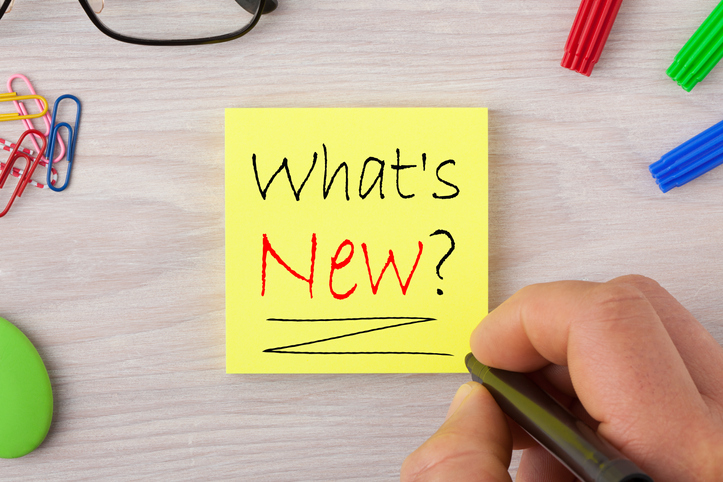 Building a worldwide brand takes an army — that’s an army of independent developers if you’re Apple. The latest WWDC (Worldwide Developers Conference) always includes a few unexpected tidbits that make the tech world salivate, and this year is no different. For 2019, Apple pulled out all the stops by not only releasing a new version of its ubiquitous iOS but also bringing a fascinating new iPadOS that promises to change the way you work in the future. From software to hardware to Apple TV Plus shows, here’s a quick recap of the cool new releases at this massive global gathering of Apple worshippers.

Since November 2, 2012, the iPad has quickly become one of the most universal crossover tools for computing on the market. Originally introduced as a way to consume content, iPads have now reached a new stage of their evolution with the introduction of the iPadOS that brings the tablet one step closer to being the primary computing device for business and creative workers. While the tablet still doesn’t have quite enough computing power to run intensive applications, the iPad Pro introduced in 2018 and now this new OS is allowing the platform to push the boundaries of what you would expect as far as functionality in a tablet. Screens continue to grow in size while the interface becomes more nuanced, with the ability to split the screen, pin widgets to the home screen and multi-task more efficiently. Add in the USB thumb drive support and the ability for software developers to tinker with the programming interface, and you’re inching closer to a viable alternative to a traditional laptop computer.

Security is top of mind for individuals and organisations alike, making multi-factor authentication a requirement for business systems. While Apple has been lacking this type of advanced functionality, the new single-sign-on option allows you to authenticate with Apple without releasing your personal information to third-party apps. For consumers who are already utilising Google or Facebook apps, it may be worth the switch to Apple SSO as the software also generates a unique, random email address that will save your inbox from spam — and your devices from malware.

Love your Apple Watch but really dislike the App Store experience? Apple listened and created a version of the App Store created specifically for the confines of the Apple Watch. The store is chock-full of applications that were built specifically for WatchOS and enhances the Watch to the point that you no longer need the tether to your iPhone for basic functionality. Plus, WatchOS is enhanced with new health-tracking abilities, a calculator, streaming audio and voice memos — all of which are targeted to making this device appeal to a wider swath of the population.

Many of Apple’s latest releases are targeted towards the consumer market, but the software and hardware giant hasn’t forgotten the developers that helped make the brand what it is today. The announcement of ARKit 3 includes state-of-the-art augmented reality features that allow developers to layer AR around users in new and exciting ways in the future. Built to help make AR more interactive for users, it also makes life a bit easier for developers by “allowing green screen-style effects in almost any environment”, according to Apple executives who introduced the new tech during a keynote. Something that’s been missing in previous releases is the ability to simultaneously utilise the front and back cameras to allow users to interact in a more holistic way with virtual elements in a real-world environment.

One thing is sure: Apple’s annual WWDC never disappoints! This highly-anticipated event provides consumers with a glimpse into the future while firing the enthusiasm and creativity of thousands of developers from around the world. Surprisingly, the coolest new introduction at WWDC wasn’t even technical — it was design-focused. It might show you the level of control that Apple has over its OS to learn that there were extensive cheers with the introduction of the system-wide Dark Mode for iPad, as the Apple team noted: “iOS now lives in the dark“.