More than 20 years ago, retail began to shift from the shopping mall to online shopping. Amazon.com, the brainchild of Jeff Bezos, had been around for a few years. It was born as an online bookstore in 1995. A brilliant premise, Amazon offered a digital “storefront” that ran from the garage of Bezos’ home. Amazon’s virtual catalog represented nearly a million titles sold at prices lower than competitors’ due to wholesale agreements with major publishers. 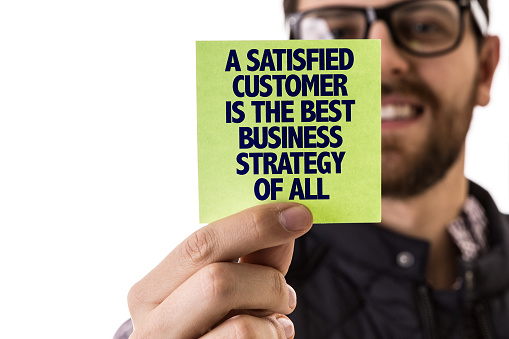 After only two months, Amazon.com was bringing in US$20,000 weekly in sales. Its first sale was a copy of Douglas Hofstadter’s Fluid Concepts and Creative Analogies: Computer Models of the Fundamental Mechanisms of Thought. Just two years later, Amazon launched an IPO at US$18.00 per share.

Did you know that today Amazon trades at over US$1,300 per share on the New York Stock Exchange?

Mere days before its IPO, Amazon was sued by Barnes & Noble—They alleged that Amazon was operating under the pretense of being the world’s largest bookstore. They claimed that Amazon didn’t have inventory, rather they resold on behalf of publishers. Plus, Amazon’s habit of hiring former Walmart executives led to accusations of stealing trade secrets. As a result, Amazon soon restructured internally. What it didn’t change was its business plan, famously modeled after an “expansion- at-all-costs” motto.

This modus operandi stuck and has proven immensely profitable for Amazon. Close to its 20-year anniversary in 2005, Amazon launched its Amazon Prime membership model. With fast shipping guaranteed, members signed up in droves and enjoyed a smorgasbord of benefits, including the ability to share their membership with family members to cut the cost.

Today, Amazon Prime members number roughly 75 million globally and considering that each member pays a flat annual fee of US$99/year, this alone is a revenue stream of over US$7 billion a year. Contracts with freight companies like UPS keep shipping costs low so as not to chip away at this revenue. In fact, with only one membership price increase in over a decade, Amazon Prime members are fiercely loyal – and often comparison shop while they physically shop at “big box” stores before making purchasing decisions.

Amazon is well aware of this and takes full advantage. Does Amazon want to be the one-and-only shopping destination for consumers? In a perfect world, this could be the case. Recently, the company began test-marketing AmazonFresh, a grocery delivery service. They even “stretched their legs” into the meal kit market, competing with the likes of Blue Apron and HelloFresh. In Q3 2017, Amazon jumped into the grocery channel when it announced a merger with Whole Foods. With this came a promise to lower the cost of high-quality organic food and make it more readily available to the average American household–directly competing with stores like Trader Joe’s.

Standard brick-and-mortar grocery stores like Kroger and subsidiary Harris Teeter have been competing with stores like Trader Joe’s for years. Trader Joe’s only sells house brands, so store chains offered digital coupons to remain competitive, including for their house brands. Not to be outdone, in 2016 Kroger brands rolled out digital shopping services to meet the needs of their customers’ busy lifestyles. They now provide online ordering with pick-up and delivery options and incentives for customers who are willing to pick up during less-busy times like the middle of the day on non-holiday weekdays.

Not to be outdone, Amazon launched Amazon Go, testing a single store in Seattle where customers come to shop for prepared foods, meal kits, and other limited food and beverage items. The entire experience invokes innovative technologies, where much of the shopping process is automated and revolutionary. Customers download an app linked to their Amazon account on their smartphone and shop at their leisure. Using ceiling cameras and shelf sensors, selected items are detected and added to or removed from a virtual shopping cart. Then the automated checkout and payment process charges the customer’s account when they leave the store.

Unfortunately, the store’s opening was delayed for an entire year due to malfunctioning sensors that improperly detected purchases and even misidentified shoppers with similar body types. For an organization like Amazon where innovation is a mundane daily process, this was unexpected.

Amazon has mastered inventory management and streamlined the supply chain to the point where they are on par with Walmart – even ahead of Walmart in many regards. Walmart, however, beat Amazon to market with the “smartphone app” technology. Yes, Walmart’s “Scan & Go” product beat Amazon, the multibillion-dollar global organization behind the Kindle, Echo, Alexa, and on-demand cloud computing.  Announcing “Scan & Go” in 2017, Walmart launched a test in 50 stores in select markets, where customers would – again, use a smartphone – download a proprietary app, store their payment information, scan items as they shopped, bag them, and are charged as they exited the store.

Kroger responded to Walmart with an announcement of its new initiative, “Scan, Bag, Go,” which takes its ClickList a step further. But as technological innovation isn’t a grocer’s forte, for now, customers must still visit self-checkout registers to finalize their shopping.

This exciting concept, along with the expansion of stores like ALDI and LIDL into more U.S. markets, and the price wars begin! With the goal of delivering fresh, healthy, and more economical food options, more adoption of this advanced technology isn’t far behind.

Amazon’s announcement for Q1 2017 made Walmart leap into action. Walmart went live with their program in Q3 2017 in 12 stores in the United States, with a store in Texas being the first. Walmart’s value proposition is that their customers aren’t limited to grocery items with “Scan & Go,” intensifying the competition.

Are you ready for the juiciest detail yet? Walmart launched this program in 2014, three full years before Amazon’s target launch date. The public version of the reason why the program was pulled from stores was that shoppers didn’t take to the app, but it was more likely that the app needed to be more user-friendly. We’re curious why it took three years for the “fix,” but the logical speculation is that it wasn’t deemed a priority for the organization that was seemingly ahead of its time.

With Amazon, the chief innovator of the tech industry going gangbusters with its version, Walmart could simply tweak their app and hop on board for some free publicity. This was made even better by beating the tech giant to market.

With Amazon Go incorporating Prime customers’ accounts into the experience, the simplification of the process wins. Amazon is known to take on retailers like Walmart head-to-head in price competition, with its “bots” crawling the web every nanosecond to compare prices just like “real people.” it’s no wonder they want their newest concept to be an ironclad success.

We expect nothing less from the e-commerce giant that holds a Federal Maritime Commission license as a non-vessel-owning common carrier to manage its international shipments coming into the U.S–and is building a logistics and air freight fleet, potentially rendering its agreement with UPS obsolete.

Given that Amazon is also now producing original programming and distributes through Amazon Video and that its Fire tablets are meant to compete directly with the Apple iPad, but at a much lower price point, it seems that breaking through barriers and challenging competitors is what Amazon does – and does quite well.

What will Amazon think of next?